ActUpNorth Manchester was first launched in 2009 to offer a new, modern and innovative approach to actor training. Though our approach was simple, it quickly proved effective. We aimed to inspire and nurture talent in Manchester and the surrounding areas by providing an accessible and affordable local outlet that enabled committed, determined and passionate adults to come together and acquire valuable acting skills in a professional, safe and secure environment.

We have made an exceptional amount of progress since 2009, remoulding tired and worn actor training methods to deliver a contemporary approach fit for the modern media climate. We are now the primary port of call for those seeking adult acting classes in Manchester, Lancashire and the North West, though we also welcome ambitious and determined students from remote locations including London, Birmingham and Nottingham to our weekly classes.

All students follow a stringently-devised training programme and undergo regular observation and monitoring to ensure their progress and development isn’t enabled to slip. Students also get the valuable opportunity to work with a host of well-known, industry-leading casting directors, agents, directors and producers.

Our workshops cover a host of mediums and techniques, with an emphasis on acting for screen. The vast majority of sessions consist of working on TV scripts from productions that are currently being or have recently been broadcast. Students can also work on screen via our HD cameras and view their performances back. This tool has proved incredibly useful in helping our students identify areas where improvements could be made.

Terms last for 12-16 weeks and are divided into three modules, each of which lasts for approximately three weeks. This means it is possible to join our programme at numerous points during the year.

FEES: Classes are priced at £18 for 2 hours. This figure includes the cost of all additional guest tutor classes. A fee of £72 is payable in advance every four weeks, though discounts are available for those wishing to pay for the whole term in advance.

COMMITMENT: The minimum commitment to study with ActUpNorth Manchester is one term.

WHEN: If you are accepted onto our programme you will be invited to attend 1 x 2-hour class each week.

WHERE: Our classes take place in the heart of Manchester City Centre, close to Oxford Road Station and Manchester Metropolitan University. Our studio is in a converted Victorian Mill which itself has appeared in many TV productions, notably recently ‘Fresh Meat’ for Channel 4. You can find the full Manchester address at the bottom of the page. Please note attendance at class is by invite only once you have applied online.

Students have also featured prominently in TV ad campaigns for global brands and appeared in regional theatre productions at high-profile venues such as The Royal Exchange, The Lowry, The Library Theatre, Home, the Bolton Octagon and the Oldham Coliseum. To find out more about the latest developments and success stories at ActUpNorth Manchester, simply head to our News Page. 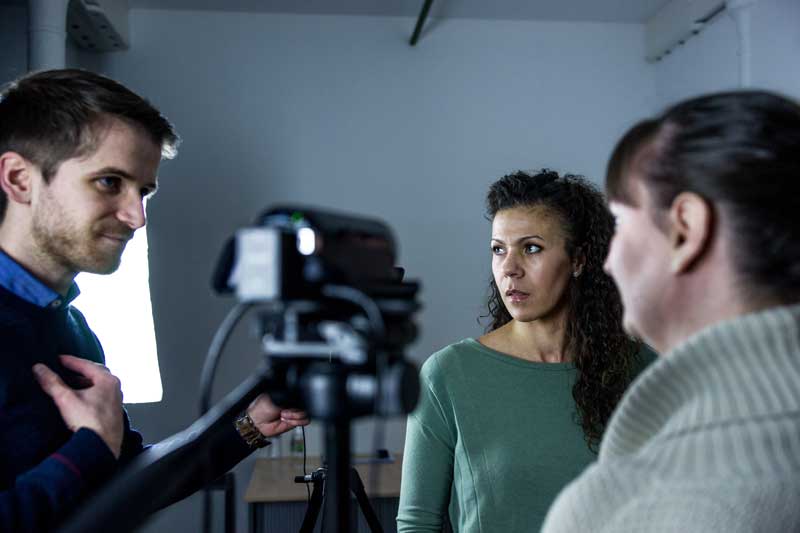 If you have a real interest in Acting, then why not apply online for ActUpNorth and see what we can do for you!

Here at ActUpNorth we aim to inspire and nurture talent by providing a local, affordable outlet where determined and committed adults can come together and learn the skill of acting in a safe, secure and professional environment.

Check out the terms dates for our acting classes.